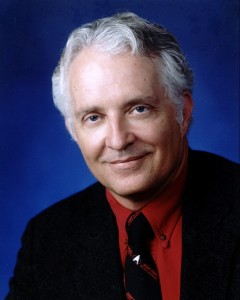 Les Presmyk is the Principal Mining Engineer for SRP, dealing with coal mines in Arizona, New Mexico and Colorado. He and his wife of 38 years, Paula, are Arizona natives and are both graduates of the University of Arizona.

Les started collecting at the age of 10 and just attended his 52nd straight Tucson Show in 2014.  Their displays have received AFMS Regional and National Trophies, along with the Prospectors and Pearl Trophies in Denver and the Desautels, Lidstrom and Bideaux Trophies at the Tucson Show.

He has been President of the Mineralogical Society of Arizona, Board member and Chairman of the Arizona Mineral and Mining Museum Foundation (now the Flagg Mineral Foundation), and a member of the Tucson Show Committee for 29 years.

He has explored and collected in a number of localities in Arizona, Missouri and Mexico and provided engineering expertise at the San Francisco mine in Sonora, Mexico, the Brushy Creek mine in Missouri and the Red Cloud mine in Arizona.  Les has written several articles and co-authored the recently published “Collecting Arizona”.  He has spoken at the Dallas Symposium and the Northwest Friends of Mineralogy Symposium, along with the Arizona and New Mexico Symposiums, the Tucson, Springfield, and Denver Shows, and numerous mineral clubs throughout the United States.