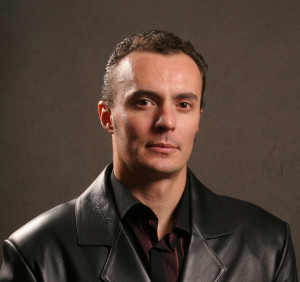 Federico Pezzotta, mineralogy curator at the Natural History Museum of Milan, Italy, graduated in geological sciences at the University of Milan and he got a doctorate degree in isotope geochemistry in 1992 at the University of Milan and the CNR of Pisa. F.Pezzotta, since 2013 is the Chairman of the IMA-Museum Commission. At present, he is also Associated Editor of the Journal of Gemmology and director of the editorial board of the Rivista Mineralogica Italiana. F. Pezzotta, beside receiving several awards, was honored in 2003 with the name of the new mineral and new gemstone pezzottaite, from Madagascar.

Since 1994 he is performing consultant works for private companies prospecting for gemstones of pegmatitic origin mostly in Madagascar, but also in Nigeria, in Malawi, and in recent years, also in Brasil. He is also renewed for mineral specimens preparation with over 20 years of experience, and since 2013 he founded in Italy a professional and advanced mineral preparation lab

As an expert in mineralogy and petrology of granitic and gem-bearing pegmatites he has been invited speaker and keynote speaker in several international scientific meetings and conferences. He performed over 200 publications including books, articles about mineralogy, petrology, and gemology on peer-review magazines, and articles about mineral localities, historic collections, and new mineral discoveries on the most important popular mineralogy magazines. 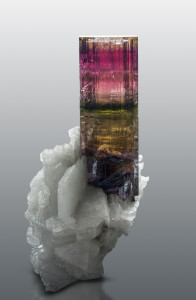 Value increase of colored tourmaline in the international market promoted in the last two decades mining activity in several pegmatite deposits in Madagascar. Because of the political instability, the scarcity of controls, the low clarity of administrative regulations, and the serious troubles of security, most of the tourmaline mining is still performed by local miners with artisanal or semi-artisanal methods, in some cases organized and controlled by local politicians, rich peoples, or even soldiers. Most of the productive localities are in rather remote areas with difficult access and visits imply rather adventurous trips. Nevertheless, the unusual mineralogical and geochemical features of the pegmatites allow, occasionally, the production of extraordinary crystals of red and multicolored tourmaline, and a variety of associated exotic minerals, some of which discovered and established rather recently such as londonite, schiavinatoite, and pezzottaite.