Tomasz (Tom) developed his interest in geology in early childhood. His first real collecting field trip took place when he was 7. Over the subsequent 30 years Tom has visited many geologically interesting localities (from active volcanos through paleontological to mineralogical locations), mostly in Europe, Asia, Africa and USA.

Tom graduated from the Geology Department of Warsaw University and taught there for a few years. He published several scientific papers (mostly in paleontology and stratigraphy) and tens of popular science articles and books. Tom started publishing his first magazine about geology in high school. His latest project is MINERALS newspaper, which he edits and publishes. 10,000 copies are distributed, for free, at several of the world’s biggest mineral shows.

Tom is also president of the “Spirifer” Geological Society, which focuses on geological education for children and promotion of earth science. The society’s collection contains around 20,000 specimens, including many high end pieces as well a large number of reference specimens that are connected mostly with “Spirifer” research interests. Many of the specimens are self-collected by the members. One of the goals of the society is to open a museum where its collection will be displayed.

Tom is also promotor of the biggest mineral shows in Poland (including Crystal Days). He runs some small scale mining projects on different continents looking for high quality mineralogical specimens.

One of the countries most frequently visited by Tom is Morocco, where he goes usually every 2-3 months visiting all possible locations. He is currently working on monograph about mineralogy of the country.

Morocco is one of the most productive and prolific sources of high quality mineral specimens on the planet. Because of the complex geology, large diversity of the deposits and climate, this country is not only source of countless numbers of specimens, but it also provides a huge diversity of species, parageneses and new finds almost every year.
During the presentation we will virtually travel through the country visiting both – well known and new localities to see recent developments and the important and interesting specimens produced in recent years. 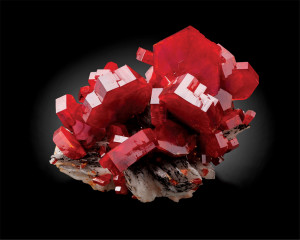