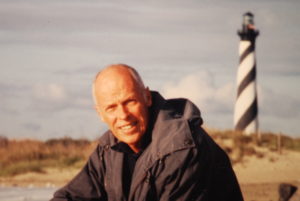 John Medici grew up on a farm in mineral-rich New Jersey, not far from New York City, but did not start collecting minerals until his last year in NJ, at age 26. Before he had a chance to take a geology course as a geology major, Middlebury College (VT) convinced him to major in chemistry to keep engineering an option. He entered Rutgers University as an organic chemistry major, but soon switched the major to biochemistry (plus nutrition) and graduated in 1964. That was his first year of field collecting, mainly in NJ, NY and Canada (first Bancroft Gemboree – Ontario). Early jobs were on the east coast (US space program), and since 1968 he was an editor/translator for CAS (Chemical Abstracts Service) in Columbus, Ohio, covering mainly food, nutrition and pharmaceutical journal and patent literature. He retired in 2000 but worked part time until 2009. Mineral and fossil field collecting has been a pastime for Medici family members for the past 50+ years. Dorothy Stripp wrote a two-part article on our family for Lapidary Journal (Apr. & May, 1990), and he has written occasional articles for English and German language publications, including American Mineral Treasures. He took fledgling new Columbus club member Rob L. on his first field trip here in Ohio. At that time, he demonstrated to all that minerals were more important than boots, and that fact is no doubt still true!

The talk will discuss, with some comparisons, two areas involving hard rock mining that Medici family members have been involved with. Visits in 1977 and 1978 to Spruce Ridge in the North Cascade mountains of Washington state were a first field mining attempt by newly established What on Earth (Nathaniel Ludlum and John Medici founders). Overall, the venture was successful, with some trials and tribulations, including a helicopter crash. Herkimer “diamond” digging, which has been a universal favorite in the Medici family, was at a peak in the 1980’s, when the 3 boys had summers free during high school and college. The collected crystals helped supply some extra cash during those times. Collecting techniques, specimens found, fellow collectors and some trivia will be discussed. Total excavation of two pockets, including one currently on display in the Smithsonian Institution, will also be discussed.