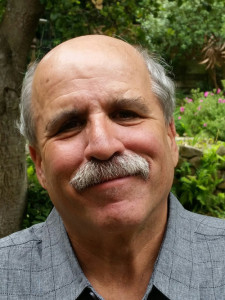 Paul Geffner has been a field collector since he was seven years old. After wandering through the basalts and pegmatites of the east coast he moved to California 40 years ago. During that time he’s had the good fortune to mine with many prominent field collectors such as Byron Weege, Ryan Bowling, Ian Merkel, Joe George, Terry Ledford, Rick Kennedy, and Travis Hartin. Together they have mined properties as diverse as The Rocket Mine in Colorado (amazonite), The Lithia Dike in southern California (tourmaline), the Cal Blue mine in southern California (aquamarine), the Krystal Tips mine in Nevada (quartz scepters), the Maynard mine in Utah (topaz), and most prominently the Jackson’s Crossroads mine in Georgia (amethyst) with the Ledford family. Paul also owns five pizza stores and an organic grocery store in northern California. In all his ventures he believes in a simple principle, “if my partners are happy, I’ll be happy.”

Paul Geffner will be highlighting the conflict between “Faith Based Geology” and the scientific approach to mining the claim. Jackson’s Crossroads is a stingy, unpredictable location that has befuddled many geologists. Nonetheless he and other geologists continue to search for the holy grail, a roadmap that leads us to the beautiful dark crystals on lustrous white quartz that are so desired by the mineral community. He will include photos of many beautiful specimens that now are in prominent collections and museums.