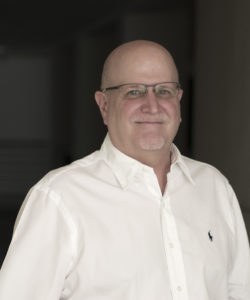 Richard W. Hughes is widely regarded as one of the world’s foremost experts on ruby and sapphire. The author of several books and over 160 articles on gems and gemology, his writings and photographs have appeared in a diverse range of publications. In a lengthy career, Richard has received numerous industry awards. Co-winner of the 2004 Edward J. Gübelin Most Valuable Article Award from Gems & Gemology magazine, the following year he was awarded a Richard T. Liddicoat Journalism Award from the American Gem Society. In 2010, he received the 2010 Antonio C. Bonanno Award for Excellence in Gemology from the Accredited Gemologists Association. The Association Française de Gemmologie (AFG) in 2013 named Richard as one of the fifty most important figures that have shaped the history of gems since antiquity, and in 2016 he was awarded a visiting professorship at Shanghai’s Tongji University. His latest book, Ruby & Sapphire: A Gemologist’s Guide (2017), is arguably the most comprehensive volume ever devoted to a single gem species. Richard resides in Bangkok, Thailand, where he operates Lotus Gemology, the world’s only gem lab totally devoted to ruby, sapphire and spinel, with his wife, Wimon, and daughter, Billie.

The Secret World of Ruby & Sapphire

In the world of mineral collecting, among the most difficult species to collect are ruby & sapphire, because most of the promising specimens are cut for use in jewelry. Richard Hughes will take the audience around the world to the major sources of ruby and sapphire. From Myanmar to Sri Lanka and elsewhere, he will draw back the cloak that shrouds collecting fine corundum specimens, showing the links between this mineral and human history and the links between ruby & sapphire and life itself.